Author of the Charlie Six Series

“Charlie Six is fabulous – Brixton Key’s outstanding and decidedly British prose draws you into the colorful world of English gangsters and the beginnings of the ‘British Pop Invasion.’ Charlie is drenched in the smoky history of rock music when it first blossomed in London’s Soho. In short, I loved it!” 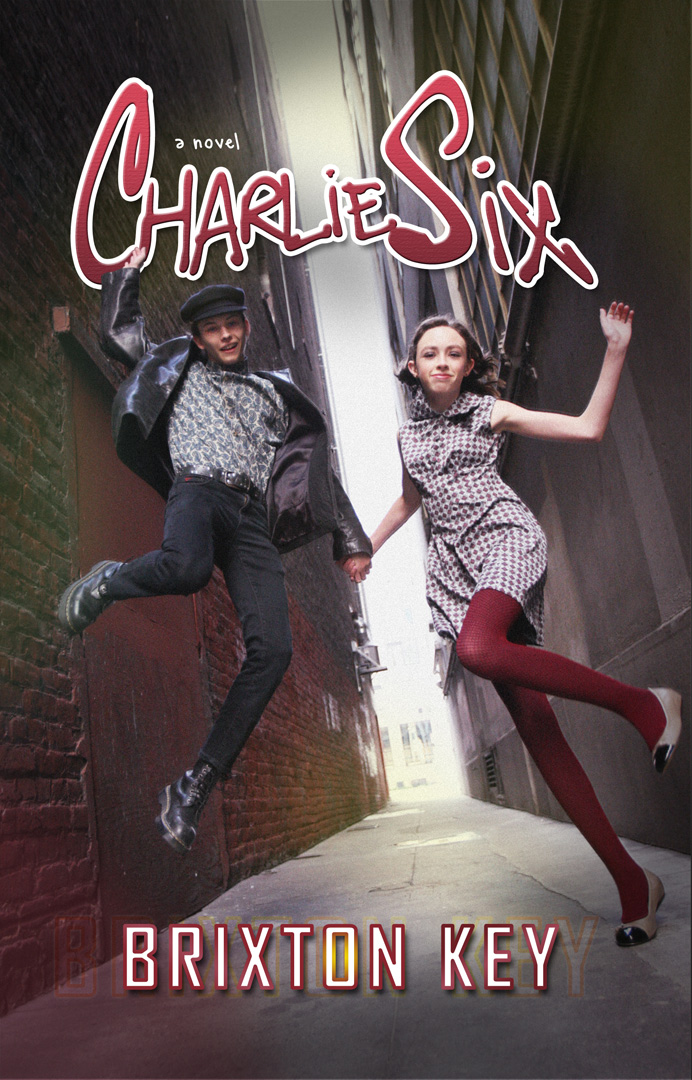 CHARLIE SIX is a gorgeously realized coming-of-age novel that takes place during the eruption of music, hope and revolution in London during the 1960s. Charlie’s a boy ready to bust out of the post-WWII mentality on the tail-end of a Muddy Waters’ riff in his Carnaby Street suit. His mother is a world-class nightlife addict and his father’s a gangster, just two amongst the colorful cast of characters raising Charlie. The language of Charlie Six is the art of slang – he’s a cheeky Cockney pop art Huck Finn with the gift of the gab. Written by the enigmatic Brixton Key, rumored to have been deeply involved in the English music business from the time he was a lad, Charlie Six is a tantalizing mélange of fictional autobiography and modern memoir. It evokes The Catcher in the Rye meets Howl. Poet, Maxine Chernoff, writes, “Charlie Six is as much at home mixing ‘Gin and Its’ as he is listening to the rock music and Beat Poetry that charts his growth. He has the frankness and tenderness of the best main characters…heartbreaking and hilarious.” With the fast moving pace of a mystery novel, Charlie Six takes you on a heady ride through 1960’s London, gangsters, and pop music as he experiences the pain and joy of making the transition from boy to young man.​

“…intoxicating humor, drenched in the smells of and sights of 60’s England, Brixton Key’s vernacular is impossible to mimic; a cocktail of high and low, poetic and gritty.”

“Charlie Six is as much at home mixing Gin and It’s as he is listening to the rock music and Beat poetry that charts his growth and finally leads to his escape.“

– Maxine Chernoff, Some of Her Friends That Year

“…mixes the smarts, nuance, and demimonde romance of the uniquely British coming-of-age novel Absolute Beginners with the bracing working-class grit, mordant wit, and period veracity of the crime flick Gangster #1.”

“This Brixton Key geezer knows the score. What made the world go round before love was found in the Swingin’ Sixties? Purple hearted amphetamine and a funky-butt, bam-a-lam cascade of 45s electrifying the site specific generation that ran dancin’ in a parallel universe…“

Brixton Key was born in 1950’s London to a party-loving mum and an errant scallywag dad.  As a small boy, he fell in love with the sound of his elder brother’s Muddy Waters and Howling Wolf’s Chess records, Charles Dickens novels, Edith Sitwell poems. causing continual mischief and on the bombsites surrounding his parents central London pub.  Sent to horrid boarding school at seven years-old to learn a bit of discipline, he was expelled at fifteen for reading Ginsberg’s Howl to his English literature class.

Now longhaired and Kings Road dressed, Brixton copped a gig at the British music weekly Melody Maker.  Writing under the name of Mark Plummer, Brixton wrote features about the likes of Rod Stewart, Paul McCartney, Hawkwind, Rory Gallagher and The Who.  Tossing away his raincoat and California dreaming, he jetted to San Francisco where he discovered Chris Isaak, managing the pop idol to his hit record, Wicked Game.

He was knocked out of the water after a near fatal brain aneurysm. Pushed by friends, he began writing fiction. “They sussed me out, right on the button.  I’ve always enjoyed story telling. Life is fiction, it’s fun living in the typography of the page weaving Charlie Six tales.”

BRIXTON KEY
ON THE RADIO

THERE AIN'T NO GOD

The second novel in the “Charlie Six” series

“There Ain’t No God,” the second novel in the Charlie Six series by Brixton Key, is set to be published by Poppynoir in 2020.  A television drama series, based on characters from the novels, is currently in script development by Brixton Key and Divina Infusino.

When 20-year-old music biz whiz-kid, record label head and artists’ manager Charlie Six jet-sets to London with his celebrity supermodel girlfriend and Mafia princess Paige Luciano, the last thing he desires is to lead the Six Family into and through a gang war.  Although Charlie escapes an attempt on his life in Hollywood during an end-of-tour drug deal, it’s not until Calabrian mobsters start shooting Cockney gangsters outside London music venues that he finds himself both a target and a suspect in the crimes.

Tabloid gossip fingers him as the Six Family heir apparent as it’s now known his terminally ill father, international criminal Morris, is confined to his home on Ibiza. Charlie and the young Jamaican-Londoner,  his right-hand man Shakespeare Dandicat, aided by the ever-canny Morris, devise an elegantly audacious plan to defeat a consortium of gangsters from Argentina, Italy, Turkey, Spain, and the U.K. Surviving a second attempt on his life, Charlie and Paige find themselves careening through a world of international intrigue, where standards of good and evil are dizzyingly blurred. 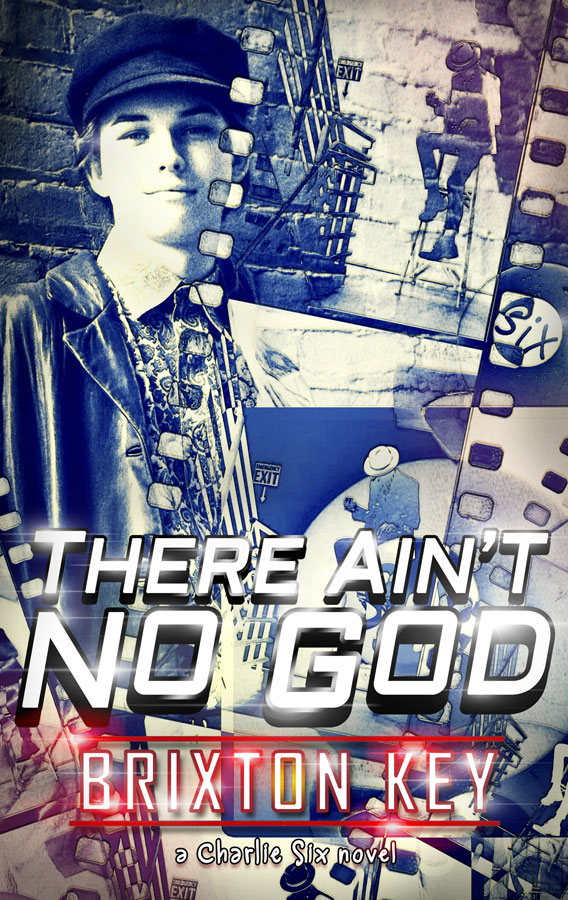 The author of a pop culture travel book on Southern California for Globe Pequot Press and a frequent travel writer, book editor and collaborator, Divina initially met Brixton Key, and the founder of Poppynoir, Josey Isvoranu, through literary circles.

Life has not been the same since.

Divina has worked as a radio commentator and in various capacities within new media and digital marketing.

She prides herself a perpetual explorer of storytelling in all its forms. 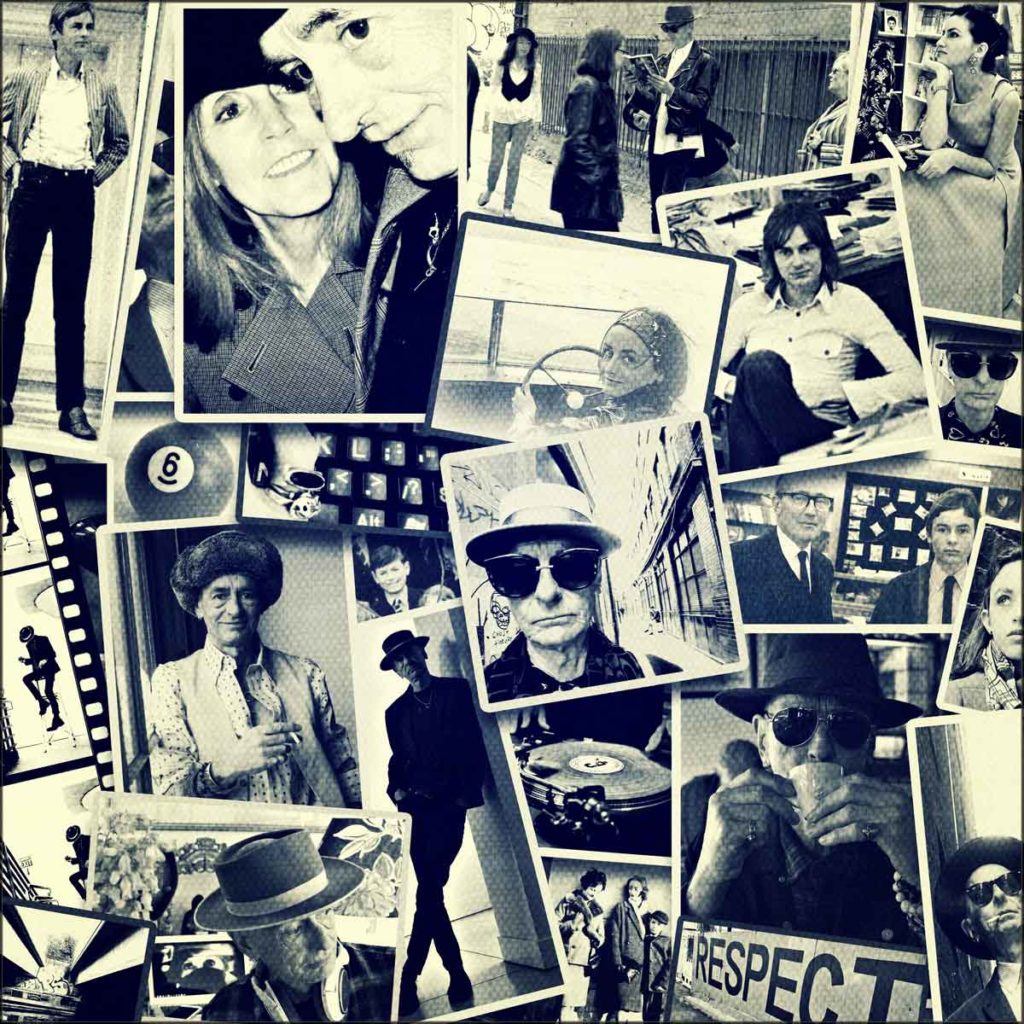